Union Finance Minister Nirmala Sitharaman said on Tuesday that India’s economy may grow by about 7% in FY23. He has also said that the next Union Budget will have to be prepared very carefully to maintain growth and control inflation.

This statement of the Finance Minister comes after the International Monetary Fund (IMF) released its latest World Economic Outlook Report on Monday. In this report, the economic growth forecast for India has been reduced once again.

Negotiations are on with many countries for acceptance of RuPay
Sitharaman is in the US to attend the annual meetings of the International Monetary Fund and the World Bank. The minister said that Singapore and UAE have shown interest in adopting the RuPay payment system. He also said that India is in discussions with many countries to make RuPay acceptable in different countries.

Musk delivers his first electric truck: 3 times more powerful than a diesel truck, will run 805 kilometers in a single charge

Interest rates will increase marginally in 2023: Repo rate in India 0.37% more than retail inflation, loans will not be more expensive in the new year 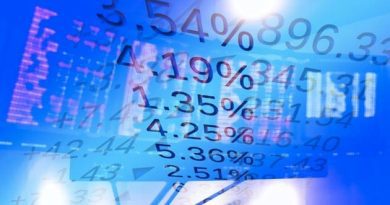 The young man started the ‘live stream of suicide’ by coming on Facebook, then the police came again…

Facebook had alerted the media center of the state DGP’s office through email. (File photo) Ghaziabad (UP): In Ghaziabad, Uttar