Meta Platforms Inc. (formerly Facebook) is starting layoffs starting today. Chief Executive Mark Zuckerberg informed hundreds of executives in a meeting on Tuesday. The number of employees to be drawn may be 10% of some number. According to a Wall Street Journal report, this will be the company’s biggest layoff since its inception in 2004.

Zuckerberg took responsibility for wrong steps
The Wall Street Journal wrote in its report – Zuckerberg appeared disappointed in Tuesday’s meeting and said that he is accountable for the company’s wrongdoing. Zuckerberg said the overstaffing was due to him being too optimistic about the company’s growth. He told that most of the employees are being fired from the recruiting and business team.

Meta CEO Mark Zuckerberg held a meeting on Tuesday on the company’s layoff plans. During this, he gave detailed information about his plan.

Employees will get salary for four months
An internal announcement of the company’s layoff plans is expected around 04.30 PM IST on Wednesday. Meta’s human resources head Lori Golar told the group that the fired employees would be paid four months’ salary. A few days before this meeting, the company officials had asked the employees to cancel the non-essential travel.

87,314 employees in meta
As of the end of September 2022, Meta had 87,314 employees. Meta currently owns some of the largest social media platforms in the world including WhatsApp, Instagram and Facebook. However, the company is increasing its spending on the metaverse. The Metaverse is a virtual world where users can create their own avatars. The company has been incurring losses due to low adoption rate and costly R&D. The layoffs are expected to ease the financial crisis somewhat.

Disadvantages of Investing in the Metaverse
Late last month, Meta announced the revenue out look for the December quarter. The company had said that it would suffer significant losses due to investments in Metaverse next year. The company’s shares have fallen sharply in price since this information came to light. Meta’s stock has lost more than 70% this year.

However, Meta CEO Mark Zuckerberg asked investors to believe in the brand. He claimed that those who remain with the company will definitely get the benefit of it.

What is the Metaverse and why did Facebook choose this name?
The next level of virtual reality is called the metaverse. Simply put, the metaverse is a kind of virtual world. With this technology, you will be able to enter the digital world through virtual identity. That is, a parallel world where you will have a different identity.

In that parallel world, you will be able to meet your friends and relatives in this world, from traveling, buying goods. In future, with the advanced version of this technology, you will be able to feel the touch and smell of things. The term metaverse was first used by science fiction author Neil Stephenson in his 1992 Nobel Snow Crash.

Loss of 32 crores to the company daily
On the layoffs, Musk had said, “When the company is losing $ 4 million (Rs 32.77 crore) a day, we have no option but to lay off employees. Those who have been withdrawn have been given severance of 3 months, which is 50% more than the amount given by law.

India ready to share 5G expertise: Finance Minister said – Our 5G is not imported, we can also provide it to other countries 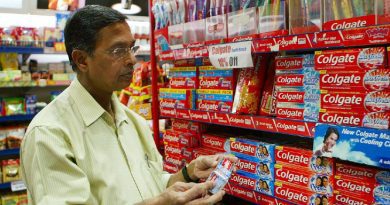 Country’s major FMCG companies increased prices: prices of daily use items like toothpaste-soap increased by 2% to 58% amid falling retail inflation 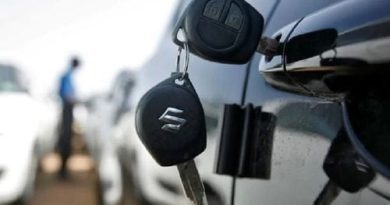 (representative picture) Lakhimpur Kheri (UP): At least four people were killed and five others were seriously injured when a speeding

“Biggest Fear For Us Once Again…”, Says Aussie Star To Virat Kohli In Test Series

“Like Pandavas Couldn’t Choose Their Relatives…”: S Jaishankar On Pakistan