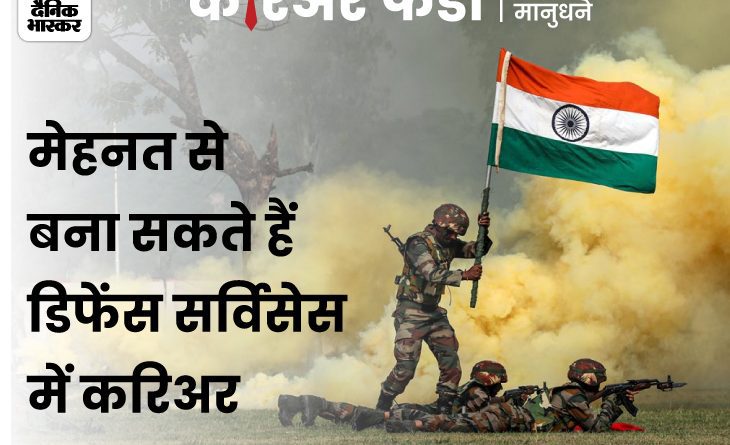 my territory, my life

In my opinion, protecting our territory is probably the oldest act in the world, and not only humans, many species from lions to apes give their lives to protect their territory.

When there was a crisis of control of outsiders over its territory, the whole society was called upon to protect it and armies were formed. Later in India, certain specific groups (castes) became expert in it and were called ‘Kshatriyas’, although people of other castes and professions also took part in the war.

Defense in the Modern World

Now the job of armies is not only to fight wars, but also to maintain peace and to carry out rescue operations in peace time. The armies in India were almost completely Britishized during the British period and we are largely following the same system even today.

Apart from fighting physical wars, now there are wars fought with technology, where machines and computers fight with each other, not soldiers. This is a completely new chapter.

1) There are many facets of defense services. The first option is Uniform Services, These are classified into four types, namely Indian Army, Indian Air Force, Indian Navy and Coast Guard.

3) For candidates aspiring to make a career in the defense sector on the basis of their education profile and the commission (tenure) they are opting for. There are many entry points.

So are you ready to serve the nation in defense? Keep reading

How to Join Defense

3) Recruitment is done in different ways in different posts. Based on the academic profile, Indian Armed Forces offers career prospects to graduate and undergraduate candidates.

4) Candidates of both the categories, having 10+2 pass or graduation or in the final year of respective degree program, can apply to become an officer in the Armed Forces.

Women’s admission to undergraduate, postgraduate and engineering programs has been extremely popular and competitive. After completing her training at OTA in Chennai, a woman officer can now serve for fourteen years. The Services Selection Board selects the applicants. Women officers have outperformed their male counterparts in every field.

This new scheme will be implemented in all the three services of the Armed Forces of the Government of India, Army, Navy and Air Force. There is a plan to recruit soldiers for the posts below commissioned officer for four years.

1) Through this, a new post ‘Agniveer’ will be given to the recruited soldiers.

2) This recruitment scheme is available for female and male candidates in the age group of 17.5 to 21 years.

3) In this scheme, the government gives 4 years job in the Indian Army with an annual package of up to 6.9 lakhs.

4) Personnel retiring after 4 years of service will not be eligible for pension but will receive a lump sum amount of around ₹11.71 lakh at the end of the tenure.

5) 25% of the Agniveers who retire after four years will be given a chance to join the Permanent Commission. However there is no guarantee of this.

6) With this scheme, the government is expected to get relief from the expenses incurred in pension and other benefits.

Many youths have been very disappointed with the rules of the new scheme, due to which there was a strong opposition to this scheme. The main reasons for concern were the short length of service, no pension provision for early retirees, and the age restriction of 17.5 to 21 years. Due to these new rules many existing candidates were disqualified to serve in the Indian Armed Forces. Some military veterans criticized the plan, saying it would adversely affect the functioning of the armed forces and the short tenure of ‘Agnivar’ would harm the effectiveness of the armed forces.

Today’s career fund is that the most direct way to serve the country is to serve in defense.

The Career Fund column tells you the mantra of consistent success. If you want to know the most important tips to stay ahead in life, then definitely read this career fund too…

1) Take 5 Life Lessons From The Movie ‘The Pursuit Of Happiness’: Always Search For Happiness, Don’t Let Your Dreams Die

2) Understand these 5 hormones, you will have better control over life: Oxytocin increases trust, then cortisol releases sadness

3) Which board should be given to the children, CBSE, ICSE, IB or State: Decide by looking at the teaching methodology and syllabus of all four

4) 8 Lessons From The Life Of Abraham Lincoln: Always Be On Top, Save The Nation From Breakdown And Work From Small To Big Jobs

7) 5 Steps To Deal With Frustration In Exams: Accept Your Truth… Resolve – Tomorrow Will Be Mine 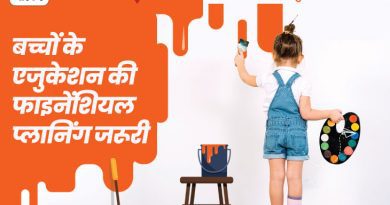 Parents adopt SVSTRA strategy for children’s education: save, have a clear vision 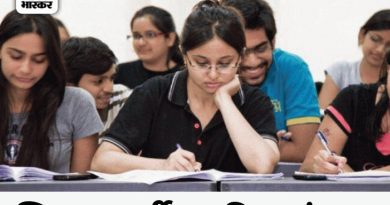 REET may move ahead by a month!: Level-2 posts will increase or not, how the dispute will end, expert told 5 ways

JEE Main: New beginning of NTA: Admit card release for January 24 exam, other cards will be announced two days before the exam

Sales of electric vehicles increased by about 507% in the last two years, questions from the government and waiting for the budget

The demand and range of electric cars is increasing in India. New Delhi: The sales of electric vehicles in the

Jammu and Kashmir: Army takes girl from remote village to hospital in Baramulla

MP: 84-year-old Padma Shri winner Jodhaiya Amma yearning for a home, even at this age she has to wash utensils