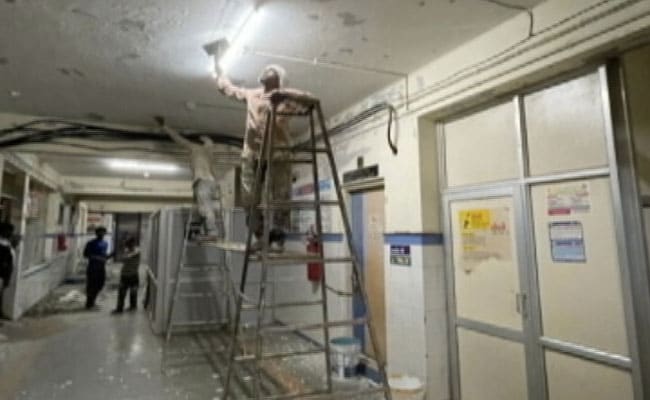 The Prime Minister will be in Morbi on Tuesday morning after the fatal accident involving the collapse of the cable suspension bridge on the Machhu river. Of the 134 people who lost their lives in the accident, 47 were children. More than 100 injured people are undergoing treatment, and many of them are admitted to the Civil Hospital in Morbi.

The NDTV team visited the hospital on Monday night and found that the ‘look’ change is going on after midnight, while the PM is about to reach there a few hours later.

Some walls and parts of the ceiling were repainted, and new water coolers were installed. Bed sheets were also changed in two wards, where about 13 people injured in the bridge accident are admitted. Late night, many people were also seen sweeping the entire campus. The old coolers and the damaged walls and ceilings seen during this massive overhaul seemed to speak of reality.

Such ‘renovations’, usually carried out before the visits of top government functionaries, have come under fire. Opposition parties Congress and Aam Aadmi Party (AAP) have accused the Bharatiya Janata Party (BJP) of being busy in ‘event management’ to ensure ‘photoshoot’ of the prime minister.

Describing the accident as a ‘tragedy’, the Congress tweeted in Hindi from its official handle, “Tomorrow PM Modi will go to Morbi’s civil hospital… before that there is paint-painting work going on… gleaming tiles are being installed. … there should be no shortage in PM Modi’s picture, all arrangements are being made for it… He is not ashamed…! So many people have died and they are engaged in eventing…”

Tomorrow PM Modi will visit Civil Hospital in Morbi. Before that, the work of dyeing-painting is going on there. Glazed tiles are being installed.

There should be no shortage in the picture of PM Modi, all arrangements are being made for it.

They are not ashamed! So many people died and they are engaged in eventing. pic.twitter.com/MHYAUsfaoC

The Aam Aadmi Party (AAP), which is trying hard to emerge as a big force in the Gujarat Assembly Elections 2022, has also tweeted pictures of the ‘renovation’. The tweet made in Hindi read, “Tomorrow there should be no shortage in PM’s photoshoot, so the hospital is being repaired… If BJP had worked in 27 years, then there would be a need to shine the hospital at midnight. Don’t need…”

The hospital is being repaired so that there is no shortage in the Prime Minister’s photoshoot tomorrow.

Had the BJP worked in 27 years, there would have been no need to light up the hospital at midnight.#BJPCheatsGujaratpic.twitter.com/h83iUmPzKA

NDTV has also learned that some work was put on hold after opposition parties criticized the hospital’s painting work soon after the accident.

— read this also —
, These people saved many lives before reaching NDRF-SDRF in Morbi…
, Morbi accident case reached Supreme Court, know everything in 10 points
, “Act of God or act of fraud…”: JDU’s question to PM on Morbi accident 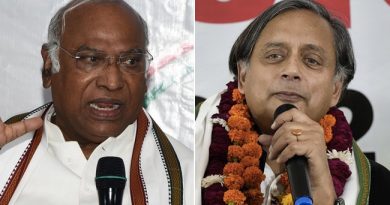 Congress President Election: Voting for the sixth time in the history of 137 years today, the contest between Kharge and Tharoor, know 10 things 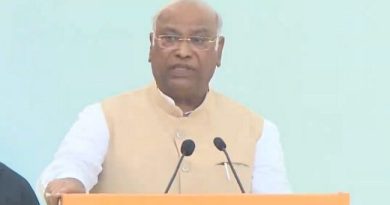 The number of beneficiaries of PM-Kisan Samman Nidhi scheme is decreasing: Mallikarjun Kharge 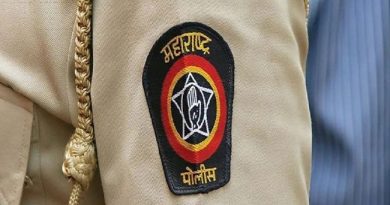 BJP in Amreli, rebel candidates ahead in Waghodia. (file photo) Amreli (Gujarat): Congress leader Paresh Dhanani, who has won the