Nintendo Co.’s family-friendly online shooter game Splatoon 3 became the biggest Switch debut to date with 3.45 million units sold in Japan over its opening weekend. Nintendo shares surged as much as 6% in Tokyo after the announcement, their biggest intraday jump since December 2020.

“Sales volumes of new Nintendo titles are running ahead of our forecasts on almost every occasion,” Citi analysts Junko Yamamura and Sachiho Uzaki wrote after the numbers were released. “As things stand, any negative impact on games demand from a North American recession has been limited.”

The debut also set a new high for any game launch in Japan, according to industry analyst Daniel Ahmad of Niko Partners.

Splatoon 3 is part of a strong stable of games Nintendo has lined up for the holiday period, as it seeks to extend the life of the Switch beyond the typical window for a single console generation. The company is also betting on its Pokémon franchise to keep up momentum alongside Splatoon.

Nintendo reported declining sales last month and hardware remains a pain point. Prolonged component shortages and this year’s elevated materials costs have put pressure on its outlook, though the company has stuck to its forecast of selling 21 million units of the handheld-hybrid Switch console, down from 23 million in the previous year. Citi’s analysts wrote that “we are on the threshold of a supply recovery for Switch hardware” from October onwards. 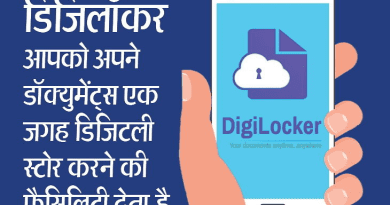 You can also access DigiLocker from Google files: You can save other documents including Aadhaar card, driving license and PAN card in DigiLocker Google Drive gets a COOL new Widget for Android phones!