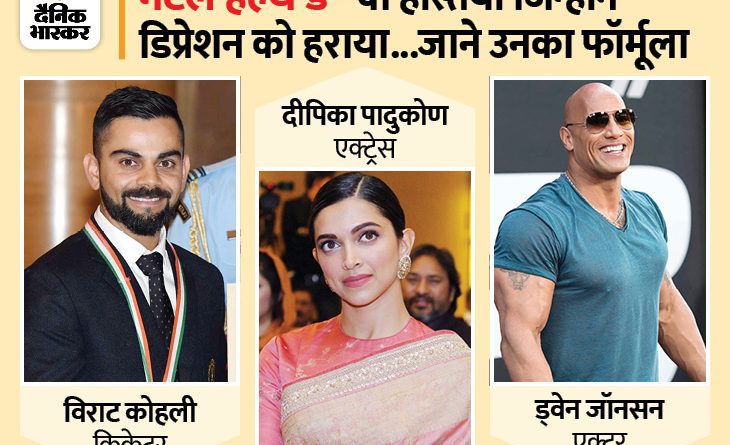 Deepika Padukone…She is one of the top actresses of Hindi film industry. Who achieved every level of success. But there was a phase in the life of Deepika, who achieved so much success, when she started getting scared even by the sound of the alarm clock. It is the year 2014 when Deepika had to deal with the problem of mental health. Due to depression, he felt a lot of emptiness inside. His life had become completely directionless.

In the initial days, Deepika was hesitant to seek the help of a doctor. He was afraid that going to the doctor would spread this word everywhere. She says that it was the hardest thing for me to explain my problem to others. He initially thought that it was just the stress of high workload, but when it started affecting his work, then he felt that it was not a minor stress but depression. Later Deepika’s mother Ujala Padukone understood her problem and got Deepika to consult a doctor. Medication and counseling proved to be the most important thing for Deepika in getting rid of the problem of mental health.

Virat Kohli: Always excited looking Kohli has also been a victim of depression, for the first time in his life, did not touch the cricket bat for 1 month

Virat Kohli, who has been crowned the world’s greatest batsman, has also been a victim of mental health problems. For the first time in the year 2014, Kohli had to deal with the problem of mental health. Actually the 2014 tour of England was like a nightmare for Virat. Virat tells that at that time he thought that he was the only person in the world. During that time, Kohli had also emphasized on the need for professional help in the fight for mental health and said that there should be someone in everyone’s life with whom you can openly talk about your heart.

After coming out of that difficult phase of 2014, this year Virat once again spoke openly on the problem of mental health. Since 2019, Virat was not able to score his 71st century in international cricket. And in an interview, Virat admitted that he was upset from inside and his mental health was not completely right. To improve himself, he did not even touch a cricket bat for a month. Virat considered it important to take a break from professional career and give time to his close ones. Due to which his mental health improved and when he returned to the field, the wait for his 71st century was also completed and the whole world said that ‘King is back.’

Also Read:  Call center made for loneliness: talk to people till the problem is resolved, it reduces suicides

Dwayne Johnson: Saw his mother trying to commit suicide in childhood, which will never be forgotten

Dwayne Johnson…Whom the world knows as The Rock. He is the fourth richest celebrity in the world. Rock’s childhood was spent in poverty. When Rock was 15, his mother attempted suicide, which he could never erase from his mind. When Rock turned 18, he felt very lonely. He says that at that time he needed more mental support than physical. However, this was not the last time the Rock was in depression.

Another such opportunity came in his life. The Rock had been playing the American Football League in Canada for 4 years, but he was dropped from the team. This broke the rocks and imprisoned them in the house. For the next 6 weeks, he only cleaned the house. They started cleaning what they got. After 6 weeks, when Rock’s coach advised him to return to the football team, Rock said, I will no longer wrestle football. His coach told Rock that this would end your career, but Rock did not agree and the world is witness to what happened after that. Although Rock used to play rugby in addition to football, but after this incident, he made wrestling his career. Rock’s most important formula in defeating depression was ‘change yourself, not the world.’

Naomi Osaka, a former Grand Slam champion, has also battled depression. The world was shocked when Naomi decided not to participate in the French Open in 2021. Naomi cited depression as the reason behind the decision. After this decision, the organizers of the French Open also imposed a heavy penalty on Naomi. Naomi did not back down from her decision. Naomi was fighting depression since 2018. For three years, he suppressed his anxiety, it was better not to appear in front of the media.

Michael Phelps: Once Phelps was about to commit suicide due to depression, now gives teenagers the formula to beat depression

The great swimmer Michael Phelps, who has won 28 medals in Olympic history, has been a victim of depression. There was also a time in Michael Phelps’s career when he wanted to end his life. Phelps has said that he locked himself in a room four days after winning six medals at the 2012 London Olympics. He wanted to quit swimming and had no desire to stay alive. He started using alcohol and drugs to get rid of depression.

In the year 2014, Michael started his treatment against depression. He underwent therapy at the treatment center for 45 days, after which he got relief. Phelps believes that mental illness should not be seen as a sign of weakness. There should be more talk on this. Today Michael Phelps runs the Mental Health Foundation. Here Michael sensitizes the youth on mental health and its related diseases. 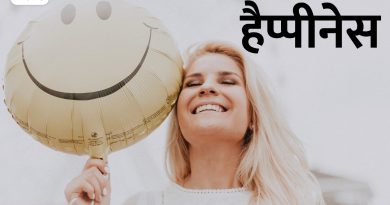 The Scientific Formula of Happiness: Exercise for at least 10 minutes, take a deep breath, eat with taste; life will get better

Be careful if the child chews the collar-nails: This is a symptom of mental illness, 12% of children in America are suffering from depression

Longevity Formula: Replace junk food with plant-based carbohydrates and fats, fasting; It is also possible to live 100 years from this

Hardik Pandya gave the trophy to Prithvi Shaw: Shaw did not get a single chance in the T20 series against New Zealand