Anil Agrawal has revealed that Vedanta will be making iPhones in India. Check details here.

Foxconn and Vedanta have announced a $19.4 billion (Rs. 1.54 lakh crore) deal to make semiconductors in India. The first semiconductor plant will be set up in Gujarat. “The 60:40 joint venture of Vedanta-Foxconn will set up a semiconductor fab unit, a display fab unit, and a semiconductor assembling and testing unit on a 1000-acre land in the Ahmedabad district,” the report informed. Also, Chairman Anil Agarwal told CNBC TV18 that Vedanta will create a hub to manufacture Apple iPhones and TV equipment too. It may also venture into the electric vehicle sector. Live Mint reports the hub is likely to be in Maharashtra. Agarwal added that this would be “kind of forward integration for the Gujarat JV plant”.

“The plant will start production in two years,” Agarwal said after signing the Memorandum of Understanding (MoU) with the Gujarat government on Tuesday. It can be known that semiconductors are essential pieces of many electronic products – from cars to mobile phones, ATM cards, and kitchen appliances. The semiconductor supply chain was affected due to the outbreak of the coronavirus pandemic and hence the shortage of the semiconductor further affected many industries, including electronics and automotive.

The Indian semiconductor market was valued at $27.2 billion in 2021 and is expected to grow at a healthy CAGR of nearly 19 percent to reach $64 billion in 2026. However, none of these chips are manufactured in India so far. The Indian government brought a fiscal incentive scheme for manufacturing semiconductors in the country mainly to cut dependence on imports from nations like Taiwan and China.

Also Read:  How to Permanently Erase Data and Settings From iPhone Storage

Vedanta chairman said, “this is the largest ever investment in Gujarat… ours will be the first semiconductor plant in the country,” adding local manufacturing of chips will make laptops and tablets affordable. He further informed that Gujarat unit will manufacture 40,000 wafers and 60,000 panels per month to begin with.

Prime Minister Narendra Modi hailed the MoU and said that it will boost the economy and create jobs. “This MoU is an important step in accelerating India’s semiconductor manufacturing ambitions. The investment of ₹1.54 lakh crore will create a significant impact to boost the economy and jobs. This will also create a huge ecosystem for ancillary industries and help our MSMEs,” he tweeted. 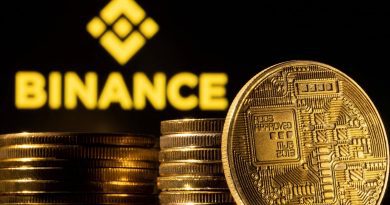 How to Make UPI Payments Without an Internet Connection: A Step-by-Step Guide